As of yesterday, with the S&P 500 hitting all-time highs and extending the Longest-Ever Bull Market in history, I found this troubling statistic from CNN’s Fear & Greed Index: 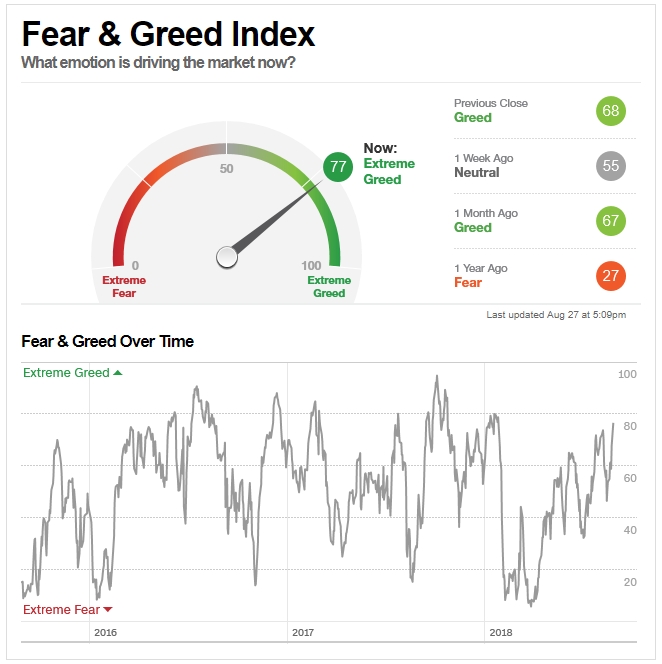 Just as the sentiment pendulum swung all the way to Extreme Fear back in February during the correction, it has now swung back to the other end of the spectrum with Extreme Greed as we close out August. Returns in the short term tend to have negative correlations to this Fear & Greed indicator. When there is Fear, returns going forward tend to be above average, and when there is Greed, returns tend to be below average.

Times are good, at least on the surface of the S&P 500, but if you look at the dispersion of returns, according to Eric Parnell, of the 4,183 stocks in the US market, about 38% of them are in bear market territory (down over 20%) and about 24% are in correction territory (down over 10%). Only a narrow few are taking the indexes higher, so proceed with caution, and remember to rebalance your portfolios so your equity weights don’t get too large relative to your target asset allocations.

Fear has returned to the markets… and that’s a good thing.
February 8, 2018
Leave Comment